Among the many wonderful experiences to come from the TVNZ series Dirty Laundry is the appearance of actress Victoria MacCulloch. The storyline centers upon a family immersed in a money laundering scandal and it’s Victoria’s personification of a moral compass in her role as Bianca that counter balances the matriarch (Jennifer Ward-Lealand) Donna who is more fixated upon keeping herself and the family economically viable.

The critical merits of the series have already been proclaimed in the show’s nominations from the New Zealand Television Awards and New Zealand Writers Guild SWANZ Awards. Ms. MacCulloch’s grounded performance supplies a lifeline of reasonable perspective for the audience to relate to amidst the chaotic actions and decisions of the other characters.

The Rafferty family seems like a typical middle class unit until the police arrive to arrest Donna (wife/mother) off to prison for money laundering. While it’s easy to blame her for her illegal actions, the question of how far one will go to provide for family becomes central to this series. The revelation of what their matriarch has done is a shock to the entire family but it’s Bianca who quite possibly makes the biggest evolution during the first season as she comes to truthfully understand who her mother is as well as the responsibility she must own in what has occurred.

During a visit to Donna in jail, Bianca confronts her mother and in so doing, begins to discover who she herself truly is through this dialogue. What might have possibly been a marginalized character in the hands of another actor is transfixing in the vehicle of MacCulloch. It would be easy for Bianca to come across as a somewhat unhinged woman who is reeling from the shattered perspective she had of her “normal” family and thus herself, but Victoria has instead presented a performance in which this young woman is forced to face the façade that was and recalibrate much of her life without turning negative.

Initially brought in by casting director Neill Rea, Director Danny Mulheron and Producer Britta Hawkins (New Zealand Film and TV Award Winner for the Drama Series Go Girls) quickly tagged MacCulloch for the role of Bianca Rafferty as she brought a highly unique interpretation of the character. So much of the viewing public connected with Bianca and her struggle to make a positive catalyst for herself from the destruction that threatened to envelop her early in the series.

Victoria confirms her own affinity for the character stating, “Bianca is a trained stylist and hairdresser who believes in honest work. I did my own training and research into this to understand her. It was a great experience to show Bianca’s growth throughout the series. Having the view of our parents change so drastically could shake the foundation of anyone. Bianca stepped into power and strength rather than letting the situation crush her. I think that’s what so many people connected with; the hope that they would do the same.

Of course, the chemistry I had with the other cast members is what made this so believable for the story. Acting gave me a sense of freedom when I was young. It’s given me a way to use my talent in a creative way and make sense of things. That comes through in Bianca. It’s what she and so many of us are searching for.” 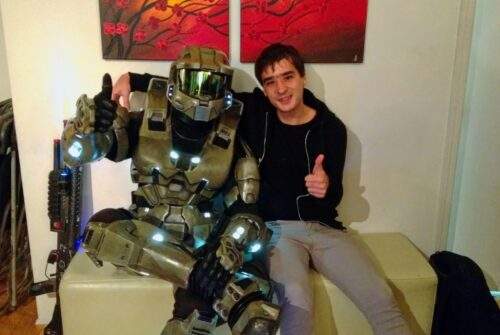