Filmmaker Christian Ghosn: Making a Name for Himself in Hollywood

A dream is not a stagnant thing which stands convicted of itself rebuking the maturity of its vessel. Hailing from Nova Scotia, filmmaker Christian Ghosn proved this as he steered his acting career into that of writer and director. In the last couple of years, Ghosn has received resounding accolades for his compelling and ultra-satisfying films which pair crime and romance. His highly anticipated upcoming film We Go to the Beach to Fall in Love may not see the light of day until we enter a post pandemic world but next month we will see the release of his directing of fellow Canadian and music artist Quake Matthews “Live Forever” video. Present in all of these productions is Christian’s insight for bringing “the hustle” to a recognizable and appreciated place for both audience and artist.

Ghosn instantly gained notoriety with the world premiere of When Don Met Vicky at the New York Shorts International Film Festival. Mason Gooding appeared in this film almost a year before appearing as Nick in Olivia Wilde’s Golden Globe and BAFTA nominated film Booksmart. Gooding, as Don, is a hesitant armed robber who is thrust into a life on the run when Vicky (played by Victoria Oliver) shoots a bodega cashier during a simultaneous heist. This film announced Christian as an insightful filmmaker with a penchant for tales of crime meets romance. His direction of an early scene displays a remarkable ability to convey the characters’ state of mind. The tension between the unsettling movement of a Zolly shot on Don and the dialogue being expertly delivered by Thomas Lange as Buck the cashier intertwines for a true compromise of drama and comedy. The dark humor continues when both bandits attempt to rob Buck at the same time and their “connection” transforms to an anchor of theft and murder when Vicky shoots the cashier as he attempts to arm himself. One of the most unexpectedly intimate moments happens at the motel as Vicky colors Don’s hair to disguise him. The angles, the pace, and the performances all coalesce in an attraction that exists somewhere between fear and love.  An Award-Winner at the Redline International Film Festival and an Official Selection of numerous Film Festivals, When Don Met Vicky is available to view on streaming services in thirty-two different countries.

The fan base of When Don Met Vicky, both in the general public and the film community, led to great anticipation of Ghosn’s 2020 release Violent Nights. Among others, Christian worked with Filmmaker Mary Lambert whose film credits include Pet Sematary (1989), Pet Sematary Two, and Siesta, on Violent Nights. An Official Selection of numerous Film Festivals as well as an Award-Winner at the Prague International Film Festival, Indie Short Awards, and others, Violent Nights is a modern iteration of the cat & mouse classic chase. The story follows a killer named Cynthia’s quest for vengeance. A calculated and confident master of deception, Cynthia is by no means a villain. There are reasons for what she does and Christian has taken calculated steps to present her as an empowered female character who also possesses an emotional sensitivity that compels her down this path of revenge. The director takes full advantage of prestidigitation as events that seemed clearly inclined to one perception are later revealed to be something quite different.

Currently in development with LA based production company StudioMX is Christian’s upcoming film We Go To The Beach To Fall In Love. The tone of the film is inspired by the beauty, electricity, and chaotic melody of Miami’s nightlife, underground figures and simultaneous serene beauty. The core of the story is about two people unable to end their relationship and move forward to a better life for both. Isaiah and Stella met in Miami and are returning there for a job as well as to tend to their union. Their criminal endeavors become an accelerant to the decline of their relationship and emotional state. Giving personal insight to his affinity for the cocktail of romance and crime in film, Ghosn confesses, “What I find interesting is that it allows for a very sort of twisted exploration of humanity. In a strange way the two genres often echo and duplicate one another. Both genres almost always explore the theme of trust and ask how far humans are willing to go for themselves, their families and their loved ones. There’s a violence both in loving and hating and the two can often blur and obscure one another.” Filming is scheduled to begin in August of 2021.

Though the current global pandemic is keeping his next film at arm’s length, it hasn’t stopped him from working on other projects. Christian’s notoriety as a Writer and Associate Director for music videos has been vetted with a string of hits co-written with award-winning Director Life Garland (MTV Best Rap Video 2006) and produced by Akon’s five time Grammy Nominated record label Konvict Kulture. These include Hip Hop Artist Young Flock’s “Be Coo”, R&B artist Amirror’s “Real Love”, and TeeManay’s “Kill Dem.” Displaying his directing (and producing) prowess in the realm of music videos, Ghosn’s most recent work on Canadian music artist Quake’s “Live Forever” is set for a late January 2021 release.  Quake’s Apple Music streams number well over a million with Spotify streams in the multi-millions. Equally popular on YouTube, Quake’s forthcoming “Live Forever” is expected to increase his sizable following. Both Ghosn and Quake are from Halifax, Nova Scotia and both admit to being fans of each other’s work prior to meeting up to collaborate on this music video. Noting another connection between them, Christian relates, “Quake is one of the most real people I’ve met in this industry, and he’s such a hard worker. It’s inspiring to watch and an honor to work with him. We share the same background being Lebanese-Canadian and we got along and worked together really well right from the jump.” 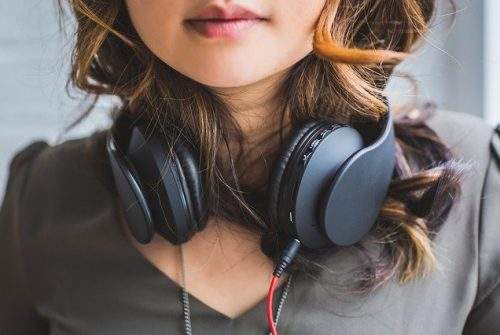