Which App Development Program A Tutorial

Everything you need to know about Android, iOS and Windows App Development Program

We did an elaborate piece on how you can kick-off with developing awesome apps. Now, we are going to explore all the nitty-gritties of the various app development programs offered by Google, Apple, and Microsoft.

The software development life cycle of mobile app development can be split into four crucial phases: Design, Development, Testing and Distribution. Though these stages are similar for all the three app developer programs, they differ widely in practical application. We explore what goes into all these phases and how you can deal with the challenges. 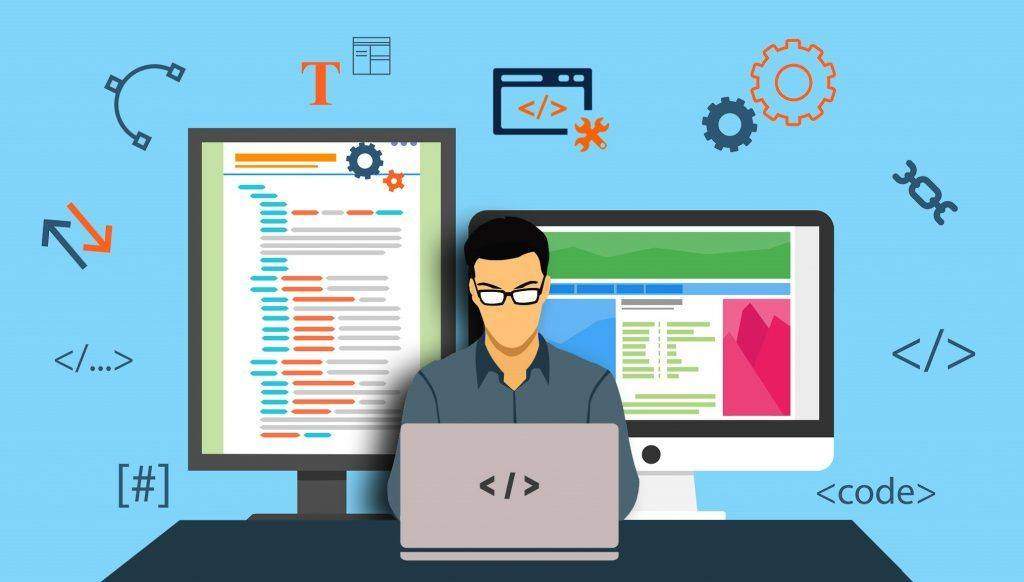 “Design is everything”- Steve Jobs

That sums it all up. The first phase might seem frivolous to beginners, but the unspoken truth is that it’s one of the most important phases in mobile app development. It’s the phase where the bricks are laid out. The prominent reason why most apps fail to gain huge popularity in the app market is poor design. Hence, no matter which platform you’re working on, never overlook the design aspect.

iOS app design: If you’re designing an app (not a game) for iPhone/ iPad, you can design your app from the readily available custom templates. These templates would help you move quickly from your prototype model to your actual app. Moreover, it would also give your app a more consistent look-and-feel. Though most developers would advise you to stick to readily available templates or Interface builder (a tool provided by Apple that allows you to build visual interfaces and comes bundled up with iOS developer program), it’s always a good practice to write codes from scratch, which can be done using the UIkit code.

Android app design: If you’re designing an app for Android, we suggest browsing through this amazing page developed by android developer community. The page explains how an app should be designed and elements it should integrate.

Also, there’s no point reinventing the wheel again and again. Hence, Google put everything required for developing an app (stencils, sources, color swatches, and icon packs) in public domain. There’s no restriction in using the controls, features and packs. These readily available packs offered under Android developer program not only save time and effort, but also provide a consistent interface across apps.

Windows app design: The most beautiful looking apps can be created on the Windows 8 platform. As Windows is a less-explored territory when it comes to apps, we are unsure whether you would find a readily available template for your app. However, here are some well laid-out rules for developing wonderful apps. If you wish to make apps from scratch, you would need to code the design using HTML5/ CSS3. Using HTML5/ CSS3 would be easier if you have some experience with scripting languages in the past. Here are some tutorial videos that would help you brush up your knowledge on using HTML5/ CSS3.

Considering that you have already chosen the platform for your app, here’s what all you would need to start your journey. You would need to register as a developer for the platform you chose, and would have to download the corresponding SDKs. Software Developer Kits (SDKs) is a software-kit that allows developers to create apps that would run on the intended platform. Different SDKs support different devices. Hence, you would have to choose a SDK that resonates with the platform and the type of device you are targeting.

iOS: To start developing apps for iPhone/iPad, you would need to download the relevant SDKs and tools that can be downloaded from here. You would need iOS x.0 SDK (where x represents the iOS version for the app), and XCode, which is an IDE tool for developing iOS apps.

The language that would be used for coding the apps is Objective C. Once your enroll for the iOS app development program, lots of tutorial videos, coding examples and developer libraries would be made available to you. Along with XCode, other tools like iOS Simulator that allows you to run and test your app and Interface Builder are also available.

Android: To start developing apps for Android, you would need to register under Android developer program, and then download Eclipse with the required Android SDK. We suggest choosing a lower versioned SDK (Android v3.0) as it would be compatible with most Android devices. However, if you wish to use the advanced API features, you may also choose the latest SDK version (Android 4.0). Apart from the SDK, you would also be able to integrate existing Google services in your app. To learn more about developing perfect Android apps, visit the official Android developer development page.

The coding would be done using JAVA code with the design interface being XML. The IDE would offer all the required tools (Interface Designer, Code Editor, Debugger, and Emulator) for complete development of apps.

Windows: To be able to publish apps on the Windows 10 platform, you would first need to register yourself as a Windows developer. There’s no registration fee, and the SDKs and tools are available on the Windows Phone official site. There’s a publishing fee of 49$/ year to host apps on Windows Market Place. For more info on how to make apps with Windows and to understand all the nitty-gritties, click here. The back-end coding would be done in C#, while the front-end design can be achieved using HTML5/CSS3 or XAML scripting.

After you have developed your app, you would need to test the app on actual devices. Though you can always test the app in the IDE simulator, you need a reality-check when you are planning to publish your app on the app stores. Besides, considering the fact that Android devices run differing flavors of Android, differ in screen sizes, and internal hardware, there’s a definite need to test your app before you publish it. The same goes with Apple devices that come in different sizes and versions. Windows phones also come in different screen sizes and hardware. There are lots of testing services like Testflight, Mobile App Testing, uTest, etc. that can help you test your app on real-life devices. These services test the integrity of your app on numerous devices, and can help you overcome any anomalies.

After testing the app, you can submit your app for approval. It may take a while to get the approval as the app markets scan your app for any malicious code, and also measure the utility of the app. However, if your idea is unique and the code is immaculate, you would receive an approval from the community, and your app would be published on the App Store/ Play Store/ Market Place.

However, the journey does not end here. Once you’ve published your app, you would need to make it discoverable. This is undoubtedly one of the most challenging tasks in mobile app development program. However, here are some tips to increase the visibility of you app:

Optimize your app for keywords. If you have developed an app that lets user make money, make sure you include it in the description and title (if possible).

While taking-off, sell your app for FREE, no matter how good it is. If you wish to stick to the paid version, make a trial version of your app and market it for free.

Advertise with as many ad networks as possible. There are lot of advertising platforms that could help you fetch thousands of downloads within days.

Pay attention to the rating of your app. If people are complaining about glitches in your app, fix them with an update as soon as possible. If your app maintains a good-rating, it would surely encourage more users to try the app.

Make sure you target the right users when you publish your app. For instance, you might have designed an app for a particular screen size. So, make sure you exclude the users with larger screen sizes.

Localize the description and the content of your app to reach more users.

That explains the cycle of app development.