The Ubiquitous Teya Wild : Know Everything About Her

Teya Wild understands the benefits of applying one’s skill set to different projects; thinking outside the box if you will. This Canadian dancer has performed with the biggest names in music like Taylor Swift and Little Nas X but you’re just as likely to find her in the movies as on the concert stage. Wild has appeared in a number of films due to her incredible talent as a dancer. Melding acting with her mastery of passion and skill in dance has proven to be an ideal pairing for her already packed calendar but Teya relishes the challenge of seeing just how far she can stretch herself and her abilities.

It’s this approach that has led to so many opportunities for her. It’s as much a way of life as a career as Teya herself recalls, “I was inspired by music that my mom would play in the house as a kid first and foremost and how it made me feel when listening to it. I grew up with 3 brothers and I always had new dance routines I wanted to teach them. That is when I knew I loved dancing and creating. My mom enrolled me in a dance class at an early age and I haven’t stopped since. I found what I loved and what made me Teya Wild.”

The Descendants‘ films have been immensely successful for Disney. Director and thrice Primetime Emmy Award Winner Kenny Ortega’s directing talent has been an essential part of the trilogy’s success. Following the success of the original Descendants film, including a Primetime Emmy Nomination, the 2nd installment attracted hundreds of dancers vying for the roles that are so prominent in the production. Teya was personally selected by Ortega to appear in the film as well as work with the lead actors during preproduction.

In addition to being featured as a principal dancer in this second installment, Wild helped to create the choreography so prominent in the film. This process yielded such positive results that it was utilized again for Descendants 3 this year. In addition to a repeat of the first films Primetime Emmy Nomination, these productions have nominations from the Imagen Foundation Awards, Academy of Science Fiction, Fantasy & Horror Films, USA, and Motion Picture Sound Editors USA.

An indicator of Teya’s respect within the dance-meets-film community is the fact that she was booked without an audition for Step Up All In to dance with Jamal Sims (of films, Madonna: Sticky & Sweet Tour documentary, Miley Cyrus: Live at the O2, 82nd Annual Academy Awards-as Associate Choreographer). The Step Up film series is known for its dance-centric story and action, displaying the best talent in the industry.

Directed by Grammy Award Winner Trish Sie, also known for her work on Pitch Perfect 3, Step Up All In depicted the familiar characters in the story’s dance crew moving to Los Angeles to “make it.” There was a thin line separating story and reality for this production which featured an array of incredible dance talent. Wild concedes, “I’ve worked hard for my reputation in the industry and know that I earned it but I was so lucky to be direct booked and hired to dance on this film.

Every dancer in the film that I was working beside is at the highest caliber as a professional dancer. I remember being so nervous about our first rehearsal as I didn’t know what to expect, but the energy was so amazing and everyone was so nice and warming. You really had to be a professional to pick up the choreography at a fast pace and to be able to execute it right. I was very proud of myself and it was an affirmation that I was at the top of my field. Being on set filming our dance scene, I was so zoned in on getting every shot perfectly.

Being able to dance and perform on camera is a skill you develop through lots of training and experience.” From her work on films such as Disney’s latest incarnation of Freak Friday to Percy Jackson & the Olympians: The Lightning Thief (Fox 2000 Pictures/1492 Pictures), you’d be hard-pressed to anticipate the films in which Teya appears. Unpredictability is a valuable asset for this Canadian born talent; it is present in a number of ways concerning Wild. In addition to films, Teya’s presence online has become substantial as a direct result of her film work.

Teya’s work with GO 2 TALENT AGENCY led to a completely new experience for Teya, which is rare for such an accomplished and diversified talent. Based on the strength of the audition, Wild was cast to perform in a production number that would become the opening sequence for the television comedy series Idiotsitter. Her expertise in the “Stepping” style featured in the dance number was a requirement.

Teya confirms that it’s a thrill to see herself featured at the beginning of every episode in the opening title. Anyone who has seen Teya perform is able to witness her incredible talent. What you cannot understand by her performance is how proactively this talented professional is considering the next step in her career; how she will find a way to apply what she is already a master of and utilize it in some different way to challenge herself. 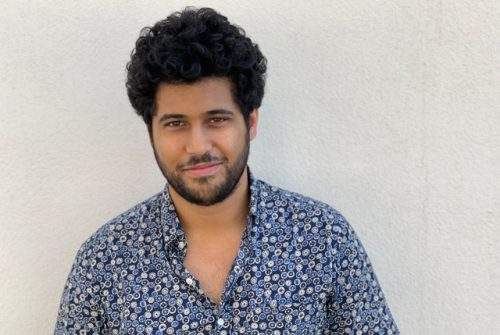 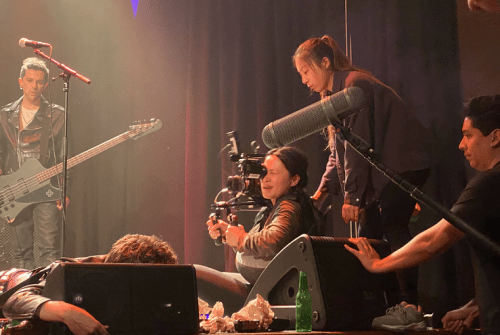