The Dynamics of Call Centre Outsourcing

Within the last two decades, the business world has seen an increasing growth in the BPO sector. More and more brands are choosing to partner up with a dedicated call centre to handle all their consumer needs and queries. This helps to build their trust and accountability among their existing consumer base and also acquire new ones through promotion and telemarketing.

There are a few countries that are the pioneers in this segment of the services industry where the United States of America and the United Kingdom are at the forefront in terms of Foreign Direct Investment. India has the highest number of technical support centres in the world with clients such as Microsoft, General Electric etc. associated. The Philippines is a growing force to reckon with and also there is an increasing demand for outsourcing in the Eastern European countries.

What exactly is outsourcing?

For the service related industries, outsourcing is contracting-out a part of business’s internal activity to another firm, which when carried out within the country is known as domestic outsourcing or when transferred to another country is known as international outsourcing. The outsourcing can be of ‘voice’ and ‘non-voice’ (back-end) processes or in rare cases ‘blended’, where both the campaigns are juxtaposed together. For instance, Amex outsourced its Japan and Asia Pacific back-end processes to Gurgaon, India.

Conventionally, leading call centre outsourcing companies tip the scale against the back-end outsourcing firms but there had been a considerable upsurge in the KPO industry as well, that requires an expert in a specialized field such as medical, finance or legal.

The role of developing countries

One inherent reason behind outsourcing a certain business activity is to increase the productivity with a reduced cost. Therefore, call centre outsourcing companies are generally based in a developing country where skilled employees are available at a lower salary package than the original country. Countries such as India, Philippines, and Brazil are tapping into this revenue source. A few emerging countries in this field also include South Africa, Bangladesh, Lithuania etc.

Since its advent, increasing competition has driven call centre outsourcing companies to incorporate various state-of-the-art technologies for better efficiency. Ground-breaking innovation in speech recognition tech has allowed computers to handle the initial round of customer support and query processing. Automatic call distribution, IVR are terms associated with this new-age phenomenon. Virtual call centres are also finding a growing user base where the rents out the pieces of equipment and a data centre at another location. This allows the liberty to cost-effectively work from home.

Advancement in cloud computing are also paving new roadmaps through the use of Application Programming Interfaces (APIs) has enabled cloud-based hosting and integration for lead generation and customer relationship management.

Call centre outsourcing companies have developed various metrics and performance indices to keep a track on the various dynamics associated with the call centre streamlining.

The boom in the IT and its related industries is the major contributor to this rapidly growing sector. A dedicated toll-free telephonic line for feedbacks and queries has become the norm for each and every business that wants to scale-up its production and revenue. Call centre outsourcing companies, influenced by cut-throat competition and technological innovations are trying to include more and more business solutions under its umbrella. This is driving traditionally non-call centre processes to morph into the BPO category. Non-core related activities such as accounting, auditing, legal consultation are creating their own biome in this technology-driven ecosystem.

In conclusion, it is pretty fair to estimate a continued growth in the sector and be prepared to see more activities which were earlier considered as non-BPO processes to merge into this neo-modern realm. 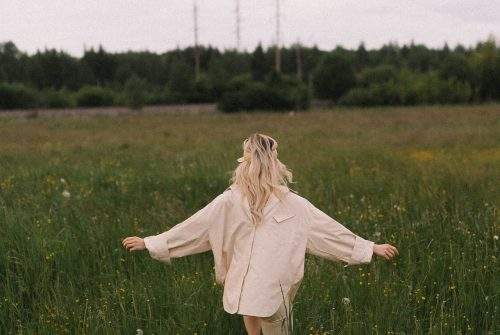 How To Blend Gray Hair With Highlights