Fully Commercialized In Flight Connectivity? Not Now, But Maybe Soon

Not all airlines offer in-flight wi-fi. Their number is growing, but the exorbitant price facing the reality of having to pay internet service abroad and installing a network device per aircraft is an evident obstacle. That’s why seeing it as a staple service among all flight carriers remains a bit farfetched, for now, at least.

According to a global survey conducted by British satellite telecommunications firm Inmarsat, 92 percent of passengers want in-flight connectivity, while 54 percent of them would rather have it than in-flight meals. Customers are becoming more finicky as well, as 83 percent admit that they would book flights to carriers that offer connectivity while flying. Sixty-nine percent of the respondents also say that they’re willing to pay for online service on long-haul flights, while 64 percent say they don’t mind paying even for shorter ones.

Firms such as American Airlines know that being connected and having a stable connection is highly important to customers. That’s why it forced itself to get out of its contract with in-flight connection provider Gogo several months ago, though this only resulted in an extended partnership when Gogo promised to improve its services, through 2Ku Technology. And although there’s still a problem, this just shows that flight carriers are sincere in revamping their sluggish services to welcome and entice more fliers to their company.

The market for such is growing. A report by Grand View Research revealed that the global in-flight entertainment and connectivity (IFEC) market is poised to hit the US$9.82 billion mark in eight years’ time. By 2024, more airlines will search for better technologies to be at the forefront of the growing competition among leading airlines. This means offering faster—and more reliable—in-flight connection will be everyone’s game now.

The growth is due to the rise in popularity of Bring Your Own Device (BYOD) among airline consumers, especially professional ones. Consumers no longer depend on hardware services offered by an airline (e.g. movies, music players) as they want to consume content straight from their own devices. Add to this the increase in the number of wireless solutions being designed and offered specifically to the airline industry. However, at the center of this is the expanding popularity of commercial flying, which has become more accessible and affordable due to the successes gained by airlines offering cheap flights.

On the other hand, the unstoppable growth in the IFEC segment could also attract the attention of giant providers, say the US’s AT&T or Australia’s Telstra, as well as other industries outside the telco segment such as global network extender provider 5BARz International, which is now gaining popularity among telcos for its successful work in India in 2015.

But there are lots of work to be done in terms of balancing connectivity and speed. Most in-flight connection services tend to become dependable only in one of these aspects, obviously because of technological limitations. Obtaining ultra-fast connections above earth is still expensive, and having an efficient technology for such remains a subject of studies for the experts.

However, airlines know that consumers want to be online even when flying. And surely, with the left-and-right technological updates among airlines—e.g. Lufthansa, Singapore Airlines, and Jazeera Airways—across the world, we can be assured that the technology will be available in every flight across the globe soon. 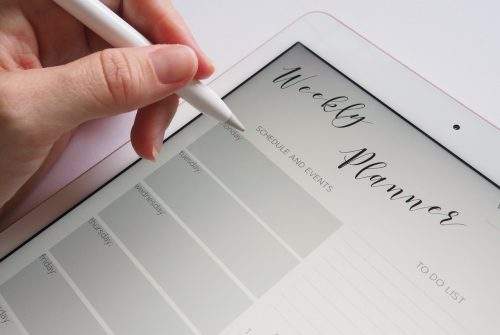