From Film to TV to Ads: The Talent of Jiping Liu

While she is most commonly listed as a Graphic Designer, Jiping Liu is most clearly defined by the widely encompassing moniker of “artist.” From award-winning films to ads for major international companies to streaming series on some of the world’s biggest platforms, Jiping has clearly proven that she has an innate ability to make a story believable. As with many of her modern peers, Jiping seems less concerned with where her work will be seen and more about the integrity of the story. On film, online, or on a billboard, her talent is bonding believability to concept. This is a skill which has led to her working across the globe on many varied projects. Whether it’s a trillion dollar valued conglomerate or a shoestring budgeted indie film, this graphic artist brings an equal portion of vision, talent, and work ethic to her creations and those of her collaborators. Rebuking any pigeonholing career path, her past credits as well as her upcoming ones indicate that Jiping is holding steady to a course of eclectic choices which surprise and delight.

Filmwork is always impressive for a resume; even more so when there are awards to reinforce the greatness of the production and those behind it. While the benefits of Jiping’s involvement in many award-winning films is evident, she is adamant that this is a mutual scenario. Jiping concedes, “Yes, the demands of working on a film can be overwhelming, particularly when you are working on smaller independent films in which the budget and time constraints are commonplace, but this is sometimes when you bet your most creative. I’ve often been forced to figure out a way to make something work without substantial funds and on a nearly immediate demand. When I’m working like this, I have to be creative. There’s a real sense of comradery as well on these types of films and it inspires you to push yourself even further.” Some of the lauded productions Jiping has served as Graphic Designer for include Horror films like 2018’s Into the Mirror which won Best Horror Short at the Los Angeles Independent Film Festival Awards and Best Short Film at World fest Houston, Inside Linda Vista Hospital which won Best Horror Short at Los Angeles Independent Film Awards, and the 50th Annual World Fest-Houston International Film Festival Remi Award winning Emily. From Story boarding on Svago to Costume Designs for Tape (winner of Best Drama Short and Best Women Short at the Independent Shorts Awards) and She Gives Me Sight (winner for Best Short Film at the Hollywood International Moving Pictures Film Festival and Best Drama at the Hollywood Boulevard Film Festival), Jiping’s approach and versatility has led to her being sought out by numerous award-winning directors and producers.

Many modern professionals in the world of entertainment enjoy and pursue the ability to utilize their talents among various formats. While the worlds of film, television, and online productions were once highly segmented, they are nearly interchangeable these days with some of the most acclaimed talent taking part in all of these on a nearly simultaneous schedule. Jiping has similarly pursued such a course, applying her skills to advertisements for Hyundai. Specifically targeted at the Chinese American car consumer, advertising agency Uri Global placed Jiping in the position of Art Director for a number of Hyundai campaigns. Giving insight to her work on these projects, Jiping notes, “It’s just as important to understand your audience and to tell them a story with a two-dimensional billboard or magazine ad as it is with a feature film. My strong background in the world of film making has made a better storyteller in this regard and given me the ability to apply these concepts to print ads. For the Hyundai ads, I created single image stories that appealed to a sense of family, of security, and even modern comfort. There are subtleties that appear in the images which are reassuring and familiar to a Chinese-American audience. Those of us who have a similar international background and experience will perceive these elements intuitively. Even when I presented the idea of a battle, it was with the outcome that the honorable competitor, which was the Palisade in this case, came out ahead and brought the consumer along with them. It’s a challenge to communicate all of that in a single image; a challenge that I find satisfaction in manifesting.”

True to her inquisitive nature, Jiping’s upcoming work will be on varied projects that will allow her to bring her own brand of creativity to them. A television series about three ambitious women who find a way to materialize their Hollywood aspirations title Hollywood Survival Guide and the Feature Film A Perfect Disaster (directed by Thirati Kulyingwattanavit, known for her work on Kumal and Captain America: The Winter Soldier) which tells of the impact of cancer on a mother-daughter relationship, are among the next productions for this graphic designer. When inquired as to why she continues to apply herself to so many varied projects rather than settle into one comfortable type, Jiping confesses, “I’ve always found that pushing myself to get better at solving problems is the most rewarding part of my career. For example, if I can fix something during production rather than have it be done in post [production], it’s better for everyone. I like knowing that my anticipation of a problem and the creation of a solution allows everyone involved to do their work with greater success. The unifying thread in every project I’ve ever been a part of is communication. Each time I work on something new and with someone new is a chance to hone this skill for me.” 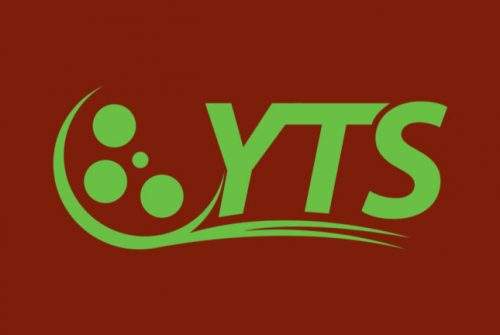