The days of animation being regulated to a subcategory of film making and entertainment disappeared decades ago. In fact, animation has proven to be one of the most inclusive means of storytelling in regards to a multi-generational and multicultural approach. The aesthetic and the kinds of stories have evolved greatly in the past twenty years in animation; the progression of it in the future will likely be channeled through artists like Cassie Shao. Her productions possess immense depth and creativity, both in terms of her visual style and unique plots. Synched is an animated film created by Shao which can be described as approaching hypnagogic. Dreamlike yet present, Synched was a public and critical hit with the reception of the Bronze Visual Arts & Animation Award at the Unknown Film Festival Russia and 1st Place Mixed Media/Experimental at the Florida Animation Festival (USA). Cassie’s 2019 film There Were Four of Us received international recognition with a plethora of awards from the Unknown Film Festival Russia (Silver Visual Arts & Animation), the China Independent Animation Film Forum China, the Los Angeles Animation Festival USA, and numerous others. In this experimental film which Cassio both animated and directed, she proved overwhelmingly that there is an approach to film making which resonates profoundly in vastly different cultures while still allowing the artist immense freedom and creativity. 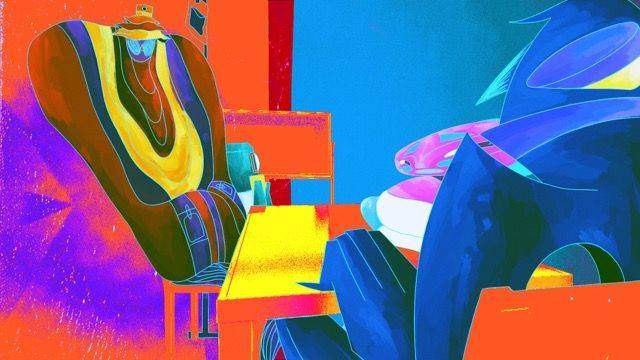 Some artists believe that they must experience pain and suffering to create their works. Contrastingly, Shao’s approach is often about manifesting the missing parts of her life…or rather, her dreams. The premise of There Were Four of Us is a direct result of a dream she had which she explains, “In this dream, I was trapped in a room with three other people while all being the “suspects” to the ultimate question: “who did it?” In the dream, we each shared a moment in our lives and realized that we all had memories of ‘doing it’ and that the symbol of death had connected all of us together. We were essentially one and we all ‘did it.’ This dream served as the overall structure of the film.” As the sole visionary of the content and look of There Were Four of Us, Cassie needed no other professionals to attain her vision. There was no conversation between the writer, director, and DP. The benefits of such a situation are immediately visible upon viewing the film. There’s a positive lack of conformity and elusiveness that closely resembles how one sees the world during a dream state. The nonlinear approach of delivering the story as it jumps in and out of the four different characters’ spaces, time, and realities, leads the audience to abandon any idea of what is to be expected and thus buy into this world completely. Its escapism meets “who done it?” at its very best. Utilizing an array of techniques that ranged from 3D elements done in Cinema4D to sand animation and screen prints, resulting in an otherworldly feeling with a displaced sense of space, time, and reality. 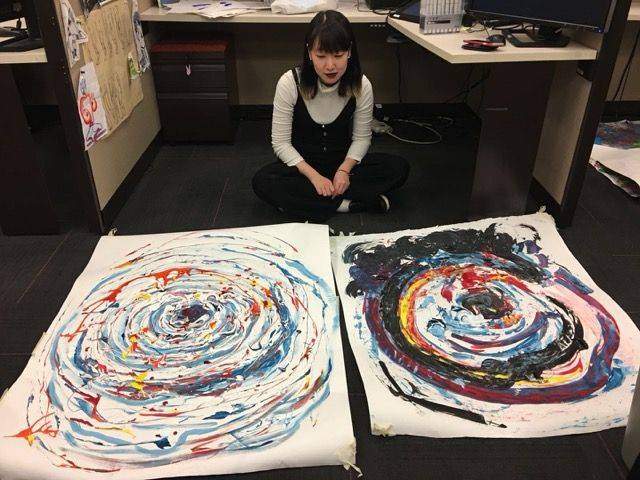 Synched instantly creates a feeling of disconnect by placing 2D characters in a 3D world. Shao designed every action of the main character in this film to be an instantly recognizable metaphor. These two factors cultivate recognizability for the viewer while providing the distance required to question oneself. The minimalism and symbolism of the method used by Cassie is a commitment by the animator to wield a unique voice. The film follows the main character who possesses the inverse of a “Midas touch”, smashing everything around him. His attempts to escape result in an awareness of what we perceive to be free will and our place (and that of others) in the world. Like most of Cassie’s films, Synched contains a much deeper theme than what is on the surface. She reveals, “The film is based on the thought I often have about when we might believe that we are thinking on our own and making individual choices, or that we have some sort of freedom but in reality, we are actually following a general concept that is written by something that is beyond us; something we may never recognize. As individuals, we may not be as independent as we think. The end of the story, which is not shown in the film, is that we would essentially zoom out to witness that the character/“bug” inside this perfectly symmetrical world is just a mistake that a painter made on his painting, a simple black dot that is not supposed to be there. He tears the paper off the easel and puts on a new piece of paper, end of the story.” 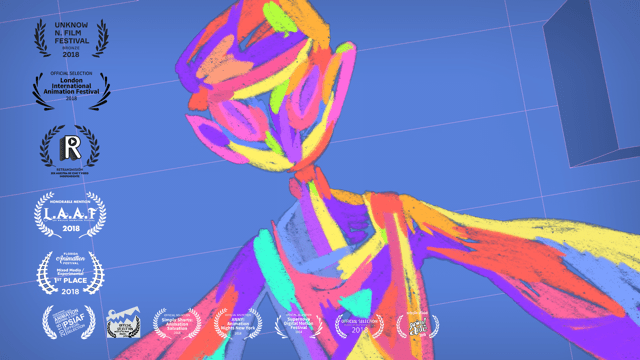 The animation appears to be following the template of live-action films in the sense that the formulaic “safe” template to creating films is increasingly abandoned for those with a more Independent Film sensibility. Audiences are more adventurous as a result of more films being created with differing production levels. The genre striations are more numerous than ever and visionary storytellers like animator Cassie Shao are among the latest wave of exciting filmmakers.

Why A Digital Marketing Strategy Is Important

Why A Digital Marketing Strategy Is Important

Women in Winter: A Guide to Women’s Winter Fashion