Michelson became a billionaire in 2005 after reaching a $1.35 billion settlement with medical manufacturing giant Medtronic, which involved an extended court fight over the surgeon’s patents. Michelson invested the payout into several philanthropic ventures and Karlin Asset Management Inc., his investment company, which manages more than $1.5 billion in the capital. Karlin invests in real estate, global equities, and natural resources.

Dr. Gary K. Michelson, 62, is a billionaire inventor of surgical devices and a retired orthopedic surgeon who has devoted an estimated $300 million of his fortune to an assortment of causes. Topping the list: animal welfare, medical research, online textbooks, and tropical rain forests.

Dr. Gary K. Michelson is on the Positive Phil Podcast.

Positive Phil Interviews Billionaire Dr. Gary Michelson and all they talked about was “PURPOSE” and it was “amazing”.

Dr. Gary K. Michelson revolutionized spinal surgery, won a landmark lawsuit worth $1.35B, and has spent the ensuing years improving the world through his ambitious family of foundations that promote education, animal welfare, and medical research

How did you get here? What failures, setbacks, or challenges have been most instrumental to your success?

Talking about failures…when you set up to invent something it is very rare to succeed on the first go around. I have learned a lot from watching my things work or fail.  The answer here is as Tomas Edison said – if you are working towards a goal, there are really no failures if you learn from whatever you just did. Yogi Berra said, and this really applies to invent, you can see a lot by just looking – looking and learning.

USC broke ground on the Michelson Center for Convergent Bioscience, uniting science, engineering, and humanities, in 2014 with completion expected this year. The center was made possible by a $50 million gift from Michelson, a retired orthopedic spinal surgeon, and his wife, Alya. Michelson launched the Found Animals Foundation in 2015, the education-focused nonprofit 20MM Foundation in 2010, and the Medical Research Foundation in 2005. Michelson’s grandmother, who raised him, suffered from a crippling spinal deformity, which led him to become an orthopedic surgeon. He has generated more than 955 issued or pending patents worldwide related to orthopedic surgery.

The show has been around for almost 4 years and is one of the most popular podcast shows on the internet in the business-motivation space.

Professional radio, tv, podcast host, and producer from San Diego California.  We have a large national following on digital media channels, with our popular podcast and network of shows. Airing on iHeart Media, iTunes, Spotify, Spreaker, Stitcher, PlayerFM, and over 200 additional media channels. 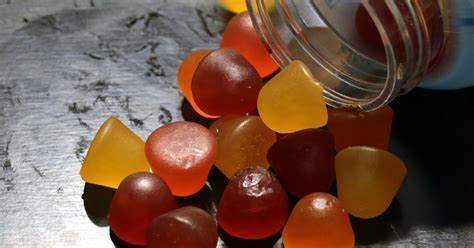