Many people are upset with Facebook these days but not Nick Kodonas. Though others may have forgotten that Facebook is about connecting with others professionally and personally rather than a news source, Kodonas has a fondness for what the social media network achieved for him on at least one occasion.

He recalls, “My brother was visiting me when I happened to get a random message on Facebook; that’s not typically where you expect a professional gig to come from but it certainly did this time. Of course, if I didn’t have the skill to back it up I’d never have gotten the gig. Even if you’re accomplished in your profession, you have to look for every opportunity.”

This random Facebook message would begin a series of conversations and events that led to Nick’s working on one of the biggest talents show on TV, alongside Grammy-winning professionals and artists. The story of Nick Kodonas and his success in LA is as much a Hollywood tale as that of any rockstar or marquee name film actor.

It was Mark “Exit” Goodchild who hired Nick to work on The Masked Singer season three. This famous Los Angeles based engineer/mixer/vocal producer, among other titles, is known for his numerous Grammy recognitions. Goodchild has worked with the biggest names in modern music including DJ Khaled, Lady Gaga, J Lo, Culture Club, John Legend, Usher, Jessie J, Justin Bieber, Taylor Swift, and others.

An obvious choice to man the helm of the music presented on The Masked Singer, Goodchild’s selection of Nick to collaborate with him on this television series confirms the immense talent and respect which Kodonas commands in the industry. In addition to the obvious tasks of editing live drums, editing and tuning Vocals, preparing the mixing sessions, etc., Nick edited the music for the walkouts of the celebrity contestants during episodes.

The immediate nature of this working partnership between “Exit” and Kodonas required close working proximity and constant communication, not a facet that Nick minded at all. He relates, “I’m originally from Greece and there aren’t a lot of the super famous engineer/mixers like Exit around. Working so closely with him, learning his work process, it was a great experience. Anytime you have the opportunity to work with someone who has been nominated for Grammys and earned a reputation like his, you pay attention.”

Goodchild was one of many Grammy Award Nominees and Winners which Kodonas had the chance to work with as a part of his work as an engineer on season three of The Masked Singer. The show’s eighteen competitors have amassed eighty-eight gold records and sixty-nine Grammy nominations throughout their careers.

In addition to season number three’s winner singer/actress Kandi Buruss, the show featured Jesse McCartney, Chaka Khan, Bret Michaels, Dionne Warwick, Lil Wayne, and even skateboarding icon Tony Hawk and politician Sarah Palin. Such a well-known group necessitated exceptional and accelerated work on Nick’s part. He confirms, “It was challenging. We had to work really fast to keep everyone happy.

Keep in mind the contestants were not just your average talent show contestants, they were all very well-known celebrities with limited time to rehearse and shoot. If the length of the song or the key needed to be adjusted to make them more comfortable during the performance, it was a requirement for me to make these adjustments immediately, providing the artist and the video team with the updated form of the song.

That kind of pressure can get the better of you if you’re not operating at an optimal level.” It’s obvious that Kodonas and his fellow production team members did this exceedingly well based on the popularity of the third season of The Masked Singer. The incredible performances combined with the secret-identity formula of the show created a massive social media following and huge TV ratings, as proven by the 27.33 million viewers who tuned in for the series season three premiere. Even though the opportunity came out of the blue (via Facebook), Nick Kodonas is more than happy about his behind-the-scenes role among masked singers. 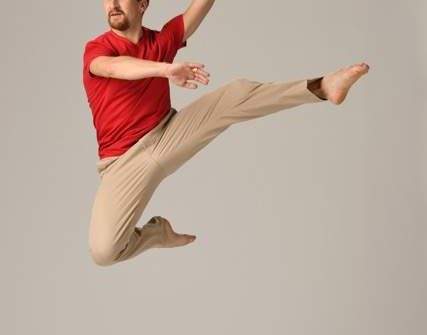 Nicolas Fiery: the Artistic and Humanitarian Intersection of Dance Against Cancer New York